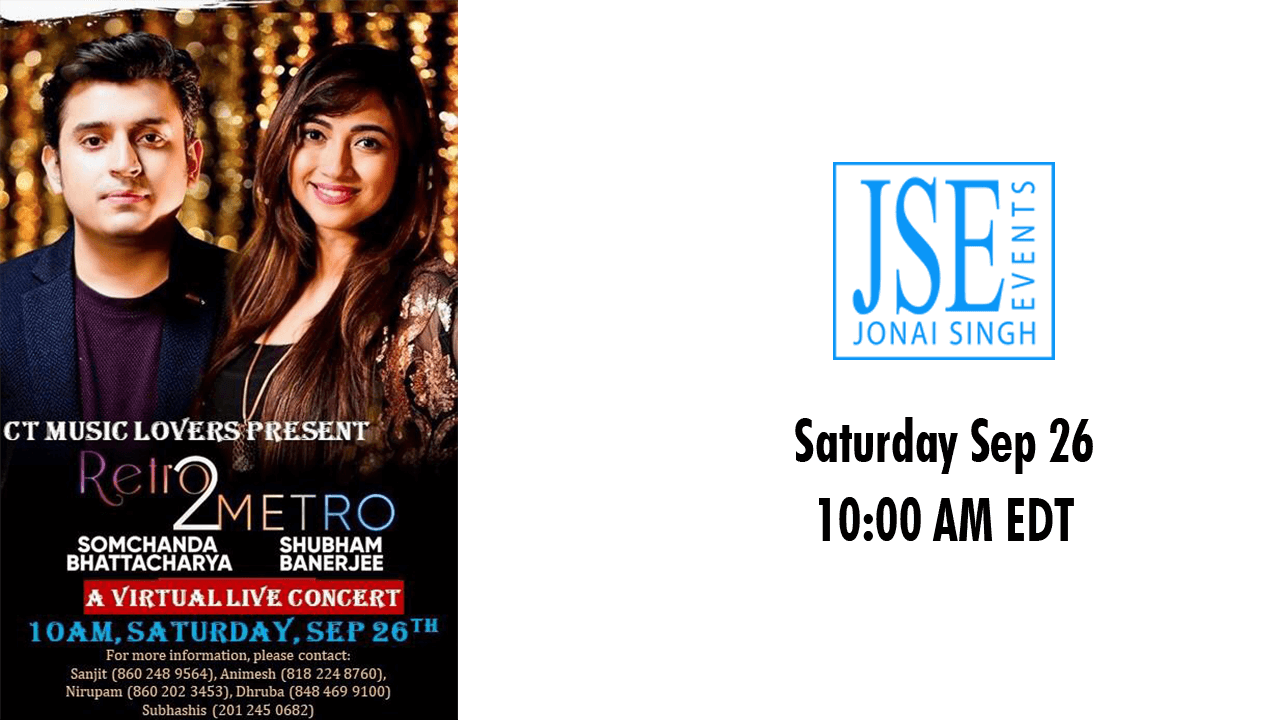 Somchanda Bhattacharya is an engineer by training and a singer by choice. She got her head start in music as the finalist of 2010 Zee Bangla SaReGaMaPa. A popular playback voice of Bengali cinema today, she has been honored with Radio Mirchi Awards and Mahanayak Uttam Kumar Shomman. Her title song of the recent Bengali move, “Durga Shohay” (music directed by the famous Bikram Ghosh) and music single, “Cholo Dekha Hok” have received great appreciation in Kolkata.

Shubham Banerjee is a Zee Bangla SaReGaMaPa finalist and and is an upcoming playback artist, music composer and producer. His musical footprint has been in many prestigious films like Michhil and popular Bengali serial titles and ad films.